In November 2001, Harald Lampert founded the company. His idea is supported in the phase of product development and market introduction by the Central Association of German Industry under the "INSTI project" 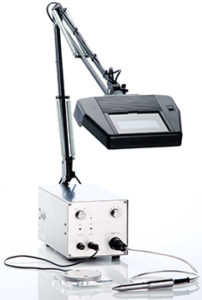 The first fine welding machine of the type "PUK 111" is presented at the international trade fair "Inhorgenta" in Munich in 2002.

Experts are convinced by the machine because the new welding process can greatly simplify and accelerate processes in jewelry manufacturing. Initial contacts are made with national and international specialist dealers.

This is followed by the establishment of the company's own production structure and participation in trade fairs in Basel/Switzerland and Vicenza/Italy. In the year the company was founded, Lampert Werktechnik was already supplying machines to specialist dealers in twelve European countries.

Demand skyrockets, so production is expanded and further development of the product is pursued.

In 2003, "Lampert Tools Inc." is founded in the USA and the sales department for North America is established in Chicago, as well as a warehouse and service workshop there.

Parallel to its involvement in the jewelry industry, the company entered the dental market. In 2003, the company introduces the "Phaser mx1" fine welding unit for work on dental prostheses. At the "IDS 2003", the fine welding machine convinces as an alternative to laser welding technology 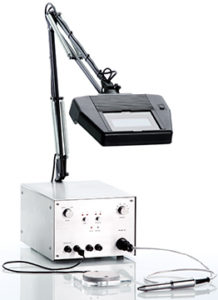 In 2004, the company introduces the second generation "PUK 2". The American jewelry industry honors the new "PUK 2 machine" with the AJM "Product of the Year 2004" award.

In the years 2004 to 2006 the company focuses on the expansion of the sales department; production, warehouse and office space are accommodated in the newly constructed company building.

In 2007, the third generation of fine welding units "PUK 3" expands the circle of users - the appreciation of this product by international awards such as the "iF Product Design Award 2008" and the nomination for the "German Design Award" ("PUK 3") show that functionality, quality and design "Made in Germany" achieve top marks. 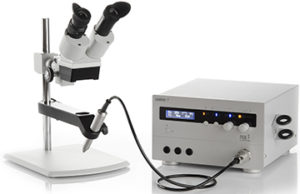 With the "DENTA PUK" a device for the dental market is developed in 2008 in the now own dental department. Under the brand name "Lampert", the new PUK fine welding unit achieves well-deserved recognition in Germany in 2010. In the same year of development, the company introduces an industrial variant of the PUK welding units: The "PUK U3". 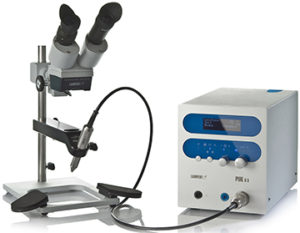 Among its innovations is the introduction of welding pulses superimposed with high-frequency oscillations, which significantly improve welding quality, especially for silver alloys. 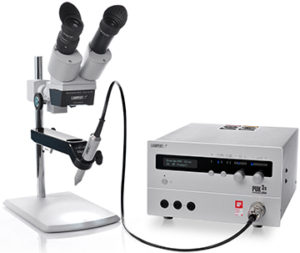 Exactly 10 years after the presentation of the PUK111 at Inhorgenta 2002 in Munich, Lampert presents the completely newly developed PUK04 fine welding device during Inhorgenta 2012. The new machine is another milestone in the development of PUK welding. The PUK04 features many technical improvements, new functions and a modern, intuitive operating concept. 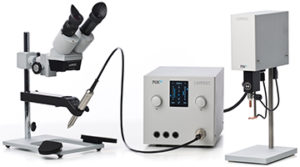 The following year sees the release of PUK U4, which builds on the technology of PUK. 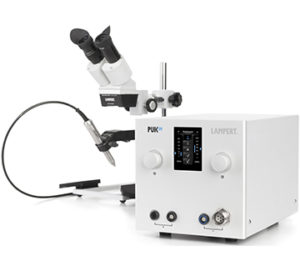 Also in 2013 at IDS Cologne, the PUK D2 is unveiled, completing the 4th generation of PUK fine welding equipment. 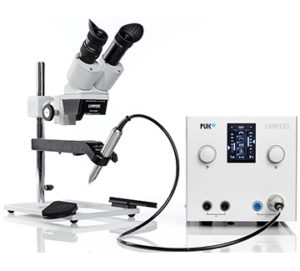 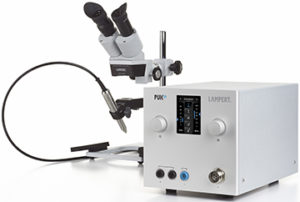 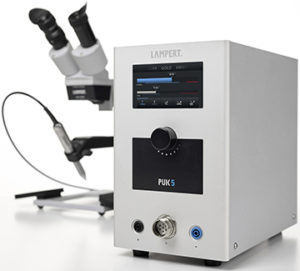 In 2017, the PUK U5, successor of the versatile industrial welder PUK U4, will be released. 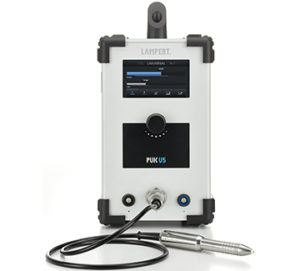 n the same year, during the International Dental Show in Cologne, Lampert Werktechnik presented the logical further development of the tried and tested PUK D2 the PUK D3. 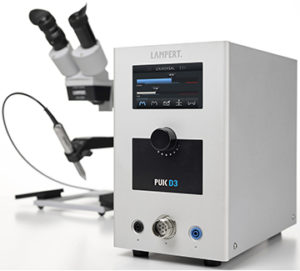 Following the company's principle of continuous innovation, the further developments of the 5th generation will be presented in 2019 - the PUK 5.1... 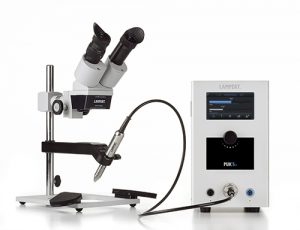 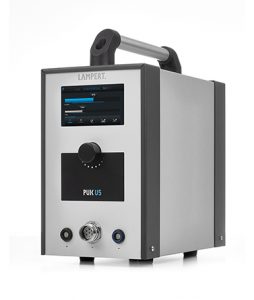 In early 2022 Lampert presents the
PUK 6, an entirely newly developed welding device for the jewelry industry. The PUK 6 is awarded with the renowned if Design Award 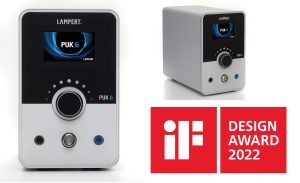 Do you have any questions?

Send us a message

Do you have any questions?

Send us a message